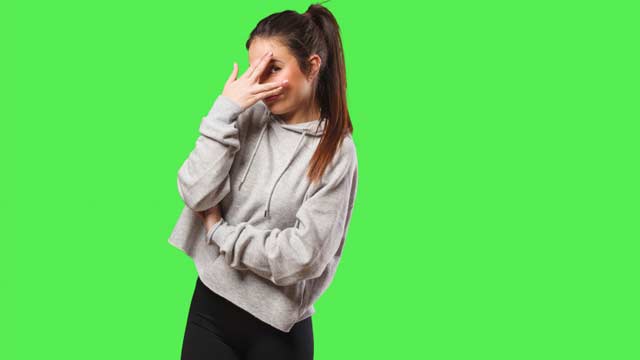 Different is beautiful, Perfect is not- Let’s say “NO“ to body shaming

I have always been a chubby girl with the so called “Pear shaped body”. I am not perfect, never was and perhaps never will be. Growing up, I always came across people passing comments, sometimes with concern, sometimes just out of sheer pity and sometimes to make fun. I can clearly recall my college time when my friends use to make fun, sometime I would just ignore it, sometime cry or sometimes just snap. And when I look back, it was not the disparaging looks of strangers that hurt the most. They did, but what hurt the most was comments from family, friends and neighbours, supposedly loving aunts and cousins, who wrote me off simply because I was not shaped the way an ideal girl should be! Or who took pleasure in making fun of an adolescent or a teenager who was anyways confused with the physical and hormonal changes!

And if we think gone are those days, we are mistaken. Our firm recently conducted a self awareness program at a leading company in Gurgaon, where a very bright, ambitious young woman aspired to lose weight so that she could get a good guy. She compared herself to two of her cousins who were very slim and that’s why got married to good looking guys!

Have you read the matrimonial section lately? If not, do it for fun. Most of the ads for wanted grooms will read like this “Looking for a suitable match for fair, slim, very beautiful, convent educated, manglik girl”, and for brides be like “High Status family invites alliances for their handsome, smart, tall boy looking for slim, beautiful, fair, homely and convent educated girl. These advertisements itself say a lot about how matrimonial ads reflect prejudices we wear on our sleeves.

It’s interesting that the society still has a notion of an ideal body image! Well let me not be biased. Men go through it too. Size Zero for women is equivalent to 6 packs for men!

So let me callout the elephant in the room!

‘Body Shaming’ –not a new phrase, these two words itself say a lot about their intent. It has, in fact, become a serious issue in our society today. Technically, Body shaming is defined as ‘inappropriate, negative statements and attitudes toward another person’s weight or size’. But, it is so much more than just that. It is one of the most serious forms of bullying, harassment and humiliation and usually experienced by both men and women. The degree might vary, but both genders are victims here.

According to a survey conducted by the department of mental health and behavioral sciences, Fortis Healthcare, among 1,244 women aged between 15 to 45 years across eight Indian cities, including Delhi, Mumbai, Bengaluru, and 47.5% women reported having experienced body shaming at their school or workplace, and in 32.5% of the cases it was their close friend who made negative remarks.

In case of men, The Yahoo’s Health Body Survey conducted on a nationally representative sample of 2,000 people between the ages of 13 and 64, found that 70 percent of males are either body positive (they love the way their bodies look) or body neutral (they’re OK with the way their bodies look and have made peace with imperfections) their whole lives. As they age, men tend to become less body positive and more body neutral.

We live in a society that is obsessed with everything “right”. Fat is bad, dark is ugly, thin is sick. These “Too much” and “Not enough” and “Wish I had” attitudes are something that we cultivate about our bodies each and every day.Even though body shaming affects both men and women, it is an extra stressful baggage for women in a patriarchal society like India. A boy is expected to be tall and muscular with a physique which makes him appear strong. A girl in India is expected to be thin, fair skinned, short with a skin which has zero acnes and body hair. If someone falls out of this category (like most people do because we are humans), they are criticized and constantly advised to improve their looks.

India’s skin whitening market is expected to achieve annual market revenue of $720 million by 2023. The products have long been marketed as the savior for unmarried women to find grooms, or to land good jobs — and for married women to keep them, or for working women to reach the top. Interestingly, most organizations that manufacture and sell these products have robust Diversity and inclusion programs! The hypocrisy amuses me.

Most of us are potential victims of “body shaming” by virtue of the enviable “perfect”image portrayed by Bollywood and other communication mediums. Media has played a significant role in promoting the culture of body shaming, considering all the fake and nearly impossible to attain beauty standards that Bollywood has set over the years. We being the social media addict generation just post a negative comment and think that it won’t harm anyone, we often overlook the fact that the remark won’t change their bodies, but it has the power to affect someone so extremely, it can get them depressed.One of our senior colleagues shared-“I had just opened my facebook account and connected with some of my old friends, when an ex-colleague made a comment on how I had put on weight over the years….something like -its two of you in the picture. Well I had put on weight after two kids, but that comment publicly humiliated me, and I unfriended the person.”

The number of columns, articles and tips on how to lose weight is not funny. Well, I am not against fitness. We all need to lead a healthy and fit life, but am not sure if all the good advice is for fitness reasons!

How it affects you and the society

Schools and workplaces are where mostly people tend to experience body shaming, and more often than not it is friends who tend to make negative comments on their weight, body shape and skin tone and hair quality among others.Our Managing Partner’s 7 year old daughter goes to a reputed school in Delhi. Apparently there is an exclusive group in the section where only well to do good looking girls are part of the group…I mean they are 7! Is it parent led? Media led?

Such exclusion can lead to inferiority complex, lowered confidence, eating disorders and other such issues. It can cause insecurities leading to troubled relationships. There are chances that the targets may feel too self-conscious and withdraw from social situations.

How to deal with it

Nothing else matters- Your opinion of yourself is the only opinion that counts. Everything else doesn’t really matter. Easier said than done, but practice thinking, speaking and behaving like you are your favorite!

Know when to walk away- If a conversation you’re involved in doesn’t make you feel good, leave. Walk away from anyone who doesn’t bring positivity to your life.

Encourage empathy- Spread empathy. Everybody is living with something they can’t tell you about, everybody has a story. Like my Partner’s daughter started a “kindness group” in school to counter the “exclusive beauty group”.

Inspire- Inspire others to have the guts to stand up and speak. Inspire others to live the life with the freedom of diversity.Speakup and stop those who have a tendency to make insensitive remarks- be it a relative or close friend. Let them know that no one is entitled to make a comment on how you look.

A lot of people have realized this and hence there are movements happening around self awareness, self esteem and loving yourself. Rihanna has launched a lingerie collection which consists lingerie of all sizes and wants to promote body positivity. Closer to home, actresses like Vidya Balan and Sonakshi Sinha are beautiful examples of women who did not let the size zero stereotype rule their careers. The song ‘Shameless’ by Youtuber Prajakta Koli brilliantly convinced girls to be shameless in this body shaming world.

End of the day, everyone is beautiful in their own unique way. Beauty does not have a type. We create our own type. So let’s just fall in love with ourselves.