Boislockerroom Controversy: Underlying Issue And What Can We As Parents, Schools And Society Do About This 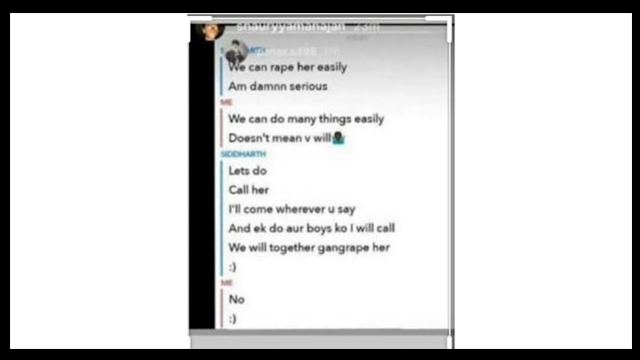 Boislockerroom Controversy: Underlying Issue And What Can We As Parents, Schools And Society Do About This

It is not about the group chat or the identity of these boys that is worrying, it is the genesis or the root cause behind this.

Safety, respect and equal opportunities for women in India has been one of the key drivers of several agencies – From Government to organisations, to NGOs to law enforcement, to media and families. Everyone has a role to play, and there have been efforts and initiatives. And yet the memories of Nirbhaya case, Kathua case, #Metoo and many other unspoken, undisclosed, unreported cases are all around us. In a recent webinar by Sudha Murthy, she said that 20 years back she could take a cab at 2 pm in the night, but now she can’t even think about it. India continues to be one of the most unsafe countries for women. A country where Goddess is worshipped in her 10 avatars is the same country where men have raped a 5 months old baby girl to a 98 years old woman.

In all this, crops up the #Boislockerroom controversy. Recently, screenshots of private chats of an Instagram group are doing rounds on the internet in which girls’ pictures were objectified and morphed and conversations are ranging from degrading and derogatory comments to even planning a gang rape. This is one such group that has caught everyone’s attention, no one knows how many such groups exist.

It is really not about the group chat or the identity of these boys (many of them underage) that is worrying, it is the genesis or the root cause behind this and the fact that issues like this keep on cropping up.

Some might say – what’s the big deal. They are just chatting. Everyone does that. Boys will be boys/men will be men. Why are we making a mountain out of a molehill?

To my mind, that’s the issue. Normalising behaviour which is discriminatory, derogatory, and screaming of thoughts of violence against women is not ok. And while those boys and their families should not be publicly identified, shamed or any legal course to be taken against them (As proposed by some lawyer on TV and I understand that a class 12th student has been arrested and others being questioned by police), I do think they need counselling and possibly therapy to understand where this is coming from.

At the same time, every family, society, school, college, organisation needs to own this problem, take charge in our own ways and make respect for women an integral part of their culture, behaviour and learning. This is non-negotiable.

1. As parents, adopt gender-neutral parenting. Even while playing, let your boy know that ‘no means no’. Let your girl know that she too can play soccer if she feels like it. Keep communication channels open for kids hitting puberty. It’s ok to have discussions about girlfriends and boyfriends with parents, about safe sex and so on. It’s better they tell you things themselves rather than seeing them on some chat room. Educating them about gender equality and respect for the opposite gender will turn them into morally responsible human beings.

2. There is no denying the fact, the times we live in, with zoom classes, learning apps, gaming and whatnot, it is impossible to imagine a life without internet; however, parents should keep a close eye on the internet activities of their children, and educate them about what is right and what is wrong, for it is in our hands; to use the technology ethically or to misuse it. Let’s not be in a hurry to give our children smartphones or unmonitored internet time. Let not the peer pressure get to us or our children.

3. As a society, it is our responsibility to balance between tolerance and action. In this case, yes, what the boys did was abhorrent, but they do not need to be dealt with by cops. They need therapy or counselling. By involving cops at this stage, we are possibly scarring them for life. Yet, I am not saying don’t deal with them. But use an appropriate channel. There is a fine line between fighting for the right thing and extremism.

4. Educational institutions – Comprehensive and age-appropriate sex education including topics like mental health and harassment need to be introduced curriculums, where attitudes are shaped. For older students, gender sensitisation classes and exams should be mandatory.

5. As organisations, Implementation and awareness of POSH, taking a non-negotiable stance against any kind of harassment should be mandatory. For many organisations, it continues to be an act to be compliant with. It needs to be embraced in both letter and spirit.

The forces we are against in this fight are strong. There are millions of years of patriarchy, gender norms persist even now in many progressive families, where the man of the house has a final say, its ok for the man of the house to show aggression or the fact that it took over 8 years to deliver justice to Nirbhaya. The problem is much more than what we see, the issue is at the societal level, deep and wide, and often unspoken. And if spoken, met with backlash.

Violence against women is so ingrained in India, that this should be given as much priority as basic reading and writing skills, providing food and employment, fighting COVID-19 and building the economy. With 48 per cent of our population being women, It is up to us to build a safe and respectful environment, whether in school, colleges, public transport office, roads or even the internet.

Disclaimer: The views expressed in the article above are those of the authors’ and do not necessarily represent or reflect the views of this publishing house