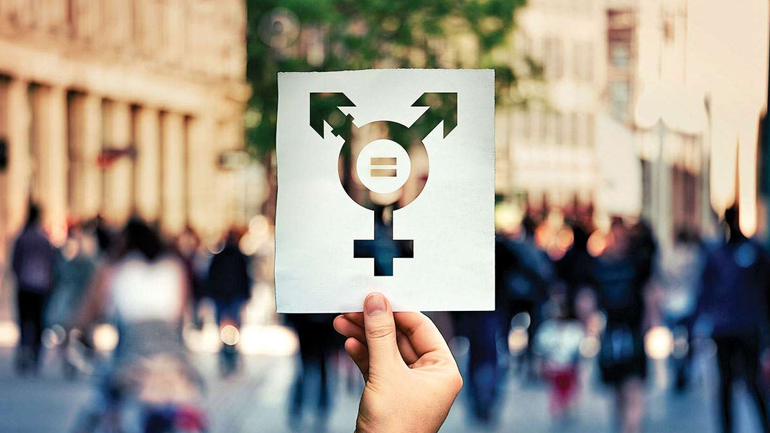 I remember watching the movie Tamanna almost 20 years ago. Featuring Paresh Rawal in one of his most acclaimed roles as a transgender, it won the National Award in 1998 for the best film under the ‘Other social issues’ category.

Rawal played the role of a hijra who brings up a female child abandoned by her family, keeping his gender identity hidden from his daughter. It was a very sensitive portrayal of a very complex societal issue. Two things stayed with me after watching this movie. First, at 21, my understanding of such people was that they were to be avoided because they were unhygienic, dangerous and unnatural. The second thing that stayed with me was the shame that the protagonist felt and portrayed throughout the film.

Twenty years down the line, and I am not sure if too much has changed. A depiction of a male dancing at a wedding got quite a few laughs in the blockbuster movie Badhai Ho. I think it’s time we evolved our understanding of multiple genders, unlearnt our biases and relearn respect and inclusion.

What exactly is a transgender? As per the Transgender Persons (Protection of Rights) Bill, 2016, a transgender person is defined as one who is partly female or male, or a combination of female and male, or neither female nor male. Also, the person’s gender must not match the gender assigned at birth, and includes trans-men, trans-women, persons with intersex variations and gender-queers. Often, some people feel that the sex they were assigned at birth doesn’t match their gender identity. It includes those who have medically transitioned to align their internal knowledge of their gender with their physical presentation.

It is very important to understand that often, transgenders are people who are asserting their gender identity and it is very personal. People often confuse gender identity with sexual orientation, but being transgender isn’t the same thing as being lesbian, gay, or bisexual. Gender identity is about whom you are inside as male, female, both, or none of these. Traditionally, the world has been divided into good and evil, white and black, men and women — it tends to be binary in its approach. The diversity of genders is something that doesn’t fit into the stereotyped thinking that society carries.

Stereotyping, coupled with a lack of awareness leads to multiple challenges for members of the transgender community. Often rejected and disowned by their families, they fall prey to agencies or gangs who use them for begging or prostitution. Discrimination leads to scarcity of opportunities in education and employment. Lack of acceptance by society leads to shame, loneliness, social awkwardness and possibly emotional and mental disorders.

The Indian Census has never recognised third gender, i.e. transgender, while collecting census data for years. In 2011, however, data on transgenders was collected with details related to their employment, literacy and caste included. In India, the total population of transgenders is pegged at around 4.88 lakh, as per the 2011 census.As our society is evolving, it’s time we took note of the diverse genders and helped them integrate into society and help them lead a life of their choice.

There’s been a significant shift in the way transgender issues have been treated in the last decade, with major corporations offering help and services to transitioning employees, but there’s still much to be done to ensure equality. While many no longer regard gender as a strictly binary issue, there can still be a lot of stigma attached to changing gender identity. Awareness has certainly grown, but there are still challenges when it comes to transgender issues at the workplace.

The Transgender Persons (Protection of Rights) Bill, 2016, prohibits discrimination against a transgender person, including unfair treatment or denial of service in relation to: (i) education, (ii) employment, (iii) healthcare, (iv) access to public goods and facilities (v) right to movement (vi) right to rent or own property, (vii) opportunity to hold public or private office and (viii) access to a government or private establishment, which has custody of a transgender person. All public and private establishments are prohibited from discriminating against a transgender person in employment matters, including recruitment and promotion.

Workplaces can play a strong role in helping the transgender integrate with society by providing them employment opportunities. There are educational institutions that are helping provide opportunities to members of the community. More importantly, it is essential to drive awareness and sensitivity within the organisation to address decades of social conditioning. For example, there is a need for awareness on the use of sensitive language and words, awareness of the gender diaspora and so on.

Organisations can make their policies inclusive and announce them from communication platforms. Inclusive policies include parental, medical and insurance benefits, to name just a few. When employees are made aware and exposed to inclusive policies and practices at the workplace, they will carry this mindset back home, and a virtuous cycle will be set in motion.

Like workplaces, educational institutes can also reshape society. Students today are eager to create a better society. When students — whether in school, college, or university — are made aware and accepting of transgenders, it will drive understanding and inclusion. This world view will be shared with members of their families and friends, which again would lead to a virtuous cycle.

Families, for their part, must play their role by providing a bias-free home environment. A family is the building block of society and its most fundamental unit. When they wholeheartedly embrace inclusive views that are accepting of all genders, it creates a society that is inclusive. Authorities, too, can play a part in creating an inclusive society. There must be acts and legislations that mandate equal opportunity hiring, providing infrastructure such as restrooms for the third gender and action against misconduct/harassment.