From work-life balance to giving up careers, the road to motherhood is paved with challenges 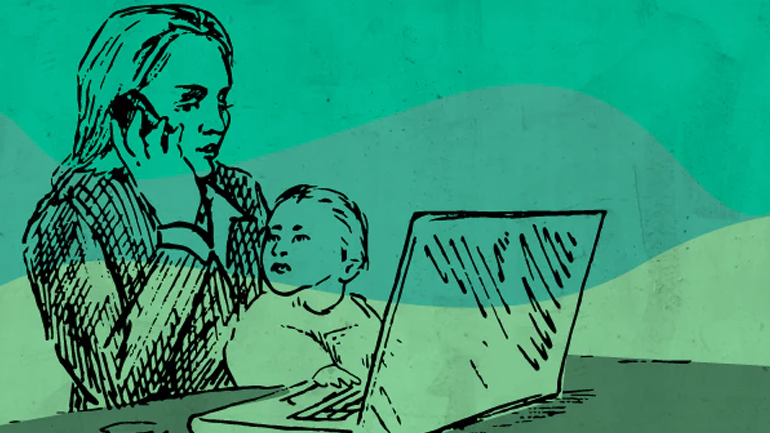 From work-life balance to giving up careers, the road to motherhood is paved with challenges

Study shows that 40 percent women quit their jobs post maternity to become full-time mothers, and a higher percentage loses out in increments, promotions, and growth.

As Mother’s Day approaches, it’s impossible not to wonder if there is anything more satisfying, beautiful, and nurturing than motherhood, and yet there are challenges working mothers face every day. Their issues range from the constant pull between work and kids to more serious fall outs like them abandoning their careers and aspirations.

As a mother of two, and a diversity consultant, I come across these conflicts at a personal and professional level. What pains me the most is the existence of “Child Penalty”, also known as the “Motherhood Penalty”.

Motherhood penalty refers to the adverse impact on earnings of women who give birth to and bring up children. Such children will contribute to the economy of tomorrow. So, while children benefit under the care and supervision of a full-time stay at home mother, the spouse benefits because he’s able to pursue a career unencumbered by the need to devote time raising children. The father enjoys the benefits of a well-kept home, and the society benefits because its future is secure, but the women making all this possible lose out. It is a known fact that 40 percent women quit their jobs post maternity to become full-time mothers. A lesser known fact is that a higher percentage loses out in increments, promotions, and growth.

Why does this happen?

The first step is to decode the reasons behind this phenomenon. There are those who put the blame directly on women, saying that “they left”. How about getting into “Why they left”?

Well, the first reason is biological, because only women can give birth and lactate. But this is the irrefutable unchangeable law of nature that has no bearing whatsoever on the mental capacities and ability of a woman. The extension of the maternity leave was to allow women to take care of their biological needs, to nurse and recuperate, but is often used as a reason not to hire them, promote them, or to hold back increments.

The second reason is due to gender bias arising out of social conditioning where the primary responsibility of raising children is placed on the mothers. Such social conditioning stereotypically defines gender roles. Hence, it’s considered ‘normal’ for women to take a post-maternity break, or devote less time to their career when their children are young. Women are also expected to devote less time to their careers when their children appear for critical exams or face career decisions and so on.

Thirdly, women are expected to do unpaid work. A working mother goes home, after a full day’s work and puts in significant effort in household duties, including childcare. She needs to balance her home and career, which inevitably compromises her career prospects, and also leads to elevated levels of stress. Sources estimate unpaid work to constitute 36 percent of the global gross domestic product (GDP).

The reason women compromise their careers are easy to grasp, but they have direct and indirect implications as well.

How does this impact?

The first and obvious impact is on the ‘career continuity’. Simply put, there is a break in their working life, and choices made by mothers impact the continuity of their career and how much they earn.

Then, there are questions raised on their “career intentionality” i.e. the intentions of women pursuing careers while also navigating motherhood, leading to reduced employment opportunities for them. It also often results in fewer increments, promotions, and lower ‘normalised ratings’. Such middle of the curve ratings ultimately leads to lower earnings.

Hence, the impact of the two snowballs into lower morale and zeal, making it difficult for working mothers to persevere and continue their careers; and the vicious cycle perpetuates.

The case presented is linear and direct. However, what’s disturbing is the mindset I’ve faced during interactions. At a recent focus group discussion, a respondent posed an interesting question. She said, “There are very few women at senior positions in my organisation. I can count them on my fingertips”.

She added: “Women in senior positions are either single, divorced, or do not have children. Does this mean to grow professionally, I have to abandon the idea of motherhood?”

This leads to a much more serious question – Why is it that the workplace has failed to address and manage issues being faced by almost every working woman? Why have some women been driven to make choices between motherhood and a career?

So, what is the solution?

The first step is to acknowledge that women do pay a penalty. It is a fact. It happens. And we need to address it. We cannot ignore biology, and hence, practical solutions such as granting women time to settle in post maternity, offering childcare support facilities, and lactation facilities are good places for organisations to start with.

Second, the introduction of policies and guidelines that help manager’s lead diverse teams will also be a step in the right direction. Such policies should allow managers to replace a woman on maternity leave with a temporary resource. If implemented, such policies will diminish the professional penalty paid by working mothers making them more likely to be hired, retained, and prosper.

Third, and possibly the most important, is the need to address mindsets created by social conditioning that lead to gender stereotypes. Stereotypes make it acceptable and even encourage that mothers take a break or shift to a less demanding role once they have children while accepting that men should continue to provide for the family. Both men and women continue to perpetuate existing gender norms and stereotypes. It’s important to realise that children are the equal responsibility of both parents. And parents can bring up good citizens while pursuing their career aspirations. It’s not essential that a mother take a break from her career so that her children can be brought up well; and a husband must be an equal contributor to the child’s upbringing. Addressing a father’s need to parent and helping him become an equal partner can go a long way in breaking this mindset.

Lastly, organisations can play a positive role to break the current gender norms and stereotypes by encouraging conversations that help employees. During such conversations, men and women should voice opinions and concerns that arise during various stages of life including childcare issues, and work on implementable solutions with organisations. Working mothers taking off around exam time should not be looked down upon and not be scoffed at. Fathers taking paternity leave and actively participating in childcare should also be encouraged. All employees should be encouraged to leave office on time, irrespective of their gender.

The road to motherhood need not be paved with penalties. We need mothers to come back to work to solve the issue of diversity sustainably. The above inputs, by no means exhaustive, is just a start. Addressing the issue can help create an amazing virtuous cycle of diverse teams, high engagement, and build sustainable businesses and societies.

This Mother’s Day, startup founders open up about their moms