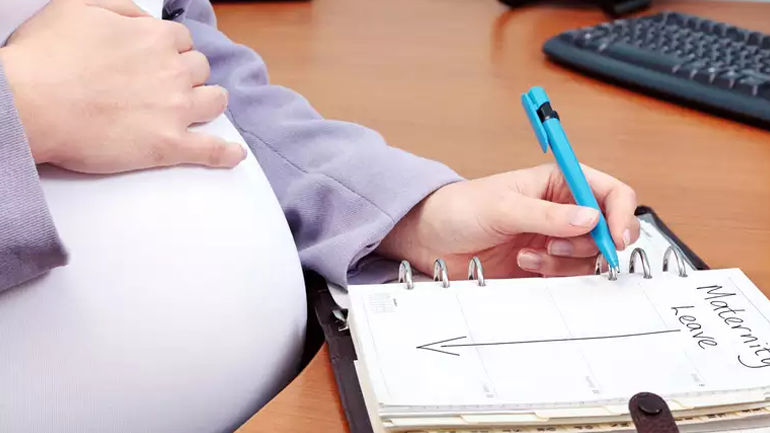 The proposal, if it goes through, is likely to cost an additional Rs 400 core to the government if it agrees to reimburse the cost for seven more weeks.

NEW DELHI: The government is looking to reimburse the cost of extended 14 weeks, from seven now, of maternity leave and also remove the salary cap of Rs 15,000 for eligibility under the scheme to benefit a wider women workforce and reduce the burden on employers. However, the enhanced cost of the extended maternity benefits may have to be partly supported by employer of the pregnant woman’s husband.

The Maternity Benefits (Amendment) Act had extended the maternity leave from 12 weeks to 26 weeks. But it backfired and employers started discriminating against pregnant women following which the government committed to reimburse to the employer the cost of seven weeks out of the extended 14 weeks for women earning up to Rs 15,000.

“Efforts are on to see how we can improve on the earlier provisions to make the amended Maternity Benefit Act benefit both the employers and employees. We are looking at all the options including putting some liability on the employers of the fathers,” a senior government official told ET on the condition of anonymity.

However, labour ministry will have to make fresh amendment to the Act to make it a parental policy as is prevalent in other countries.
The proposal, if it goes through, is likely to cost an additional Rs 400 core to the government if it agrees to reimburse the cost for seven more weeks.

A woman has to work in an establishment for at least 80 days in the past 12 months to be eligible for maternity benefits. Payment during the leave period is based on the average daily wage for the period of actual absence.

“We are considering if it makes sense to reduce this to half so that more and more women come into the fold,” the official quoted above said.
Experts said that there’s a need for increasing benefits for women to keep them within the workforce.
“There is a need for further looking at the Maternity Benefit Act. The government must do away with the existing wage ceiling of Rs 15,000 to ensure that benefits reach every one and the burden does not fall entirely on women employers,” Rituparna Chkraborty, president of the Indian Staffing Federation, said.
Chakraborty believes that by capping the wages at Rs 15,000 for availing the subsidy, the government has virtually excluded a large number of women from its fold.
The amendment to the Maternity Benefit Act, passed in March 2017 by the Parliament, raised the paid maternity leave to 26 weeks to benefit 1.8 million women workers in the organised sector.

However, this was followed by widespread reports on employers retrenching pregnant women employees and a significant drop in hiring of female workforce due to increase in financial burden on the employers.
The Maternity Benefit Act, 1961, protects the employment of women during their maternity leave and entitles them to benefits, including full pay. The act is applicable to all establishments employing 10 or more people such as factories, mines, plantations, shops and other entities, as may be notified by the central government.