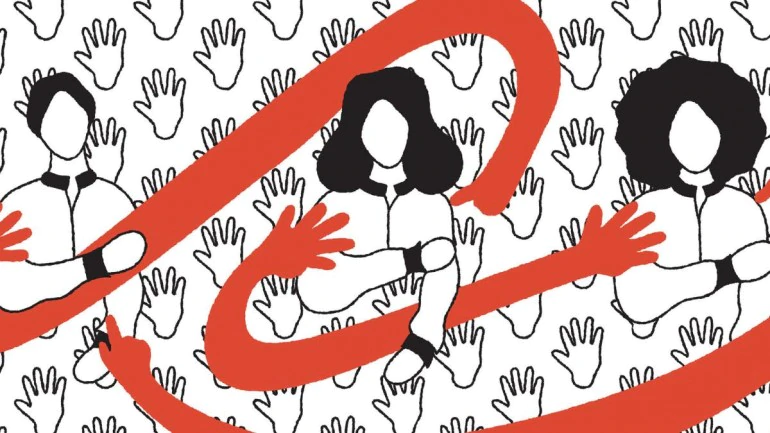 The recent #Metoo movement has created that sense of urgency that has propelled several organizations to take meaningful action in this area.

Prevention of Sexual Harassment at the workplace came into existence in December 2013; this legislation was enacted to provide for prevention, protection, prohibition, and redressal of sexual harassment of women at the workplace.

About Prevention of Sexual Harassment (POSH)

The act requires organizations across the nation to carry out certain steps:

The implementation in the last six years has been along a continuum, while some organizations have embraced the act in both letter and spirit there is still some distance to go for it to be implemented in totality in several organizations.

The recent #Metoo movement has created that sense of urgency that has propelled several organizations to take meaningful action in this area.

Like any other initiative, there is always a second side to the story. So while POSH is much-needed legislation to ensure that sexual harassment against women is prevented and addressed, it is also important to understand the implications of this act being only for women.

Here’s how one can prevent themselves from the false Sexual Harassment at the workplace?

“The act does provide for redressal of false complaints and punitive actions against a complainant who raises malicious complaints. The act speaks about confidentiality, proper investigation and due process to be followed before taking action against the respondent. This should be made part of the policies and awareness sessions of employees as well as complaints committees.”

Training of the Internal complaints committee to be able to carry out an unbiased investigation within the stipulated timelines, come up with finding and recommendations and get them implemented by the employer.

The recent #Mentoo movement is a mere glimpse or a nudge that one needs to take cognizance of. For any initiative to succeed in driving equality, driving balance is the most important aspect. While the #Mentoo movement might be recent, in several of our interactions with clients and employees there has been an expression of fear that the act might be maliciously used against them.

Invisible wedge between the two genders

This year, instead of driving gender equality at the workplace is driving an invisible wedge between the two genders. Quoting verbatim some comments received from male participants “I no longer give feedback to a female employee alone. I ensure that there is somebody at the meeting. This has taken away the sanctity of feedback conversations”

“I am very wary of speaking with female colleagues; God knows what will offend them and they run to the ICC”. On a discussion as to why after office Friday evening get-togethers tend to be men only, the response was “If we invite them, they get offended, if we don’t invite them they get offended. Where does that leave us?” These are just a few instances that have been shared. Clear signs of unresolved discomfort and therefore disinterest among men have led to reduced efficacy in implementation of POSH across organizations.

Broadening the domain of the Sexual Harassment of Women at the Workplace Act, 2013 is indeed very crucial to evolve it as a gender-neutral Act. This is one of the most significant suggestions received by the National Commission for Women (NCW).

Advice by the panel

A panel of experts participated in a recent consultation on the Act. It suggested that the act should be broadened to incorporate the ill behaviour women face based on gender. The panel also advised that the Act should have an even widened scope which includes protection of men, who encounter harassment at their workplace.

Moreover, the panel discussed fixing proper mechanisms for monitoring the ACT by suggesting a strong and valuable composition of Internal Complaints Committees, regulating suitable options to file complaints if the victim is not satisfied with the inquiry and conducting awareness sessions for employees to make them understand the important and beneficial edge of the Act.

The Act does not include other genders and sexual orientations. One also needs to take into consideration the evolution of society and the diverse nature of our workforce today. With the removal of section 377, a consensual homosexual relationship has been legalized. Also, the transgender person bill 2016 prohibits discrimination against a transgender person in employment matters including recruitment and promotion.

Hence the scope of the Act demands a broader perspective to promise fair and secure workplace for all the employees irrespective of their gender, sexual orientation, especially, in modern India where a workplace not only comprises of women and men but employees from the LGBT community as well.

End of the day, we all benefit when we get to work in a safe, secure, non-threatening environment. The POSH act is the beginning. It is up to us to make it work for us.

Read: How e-learning is making education affordable and accessible in India?