How to appreciate diversity and foster inclusiveness at workplace 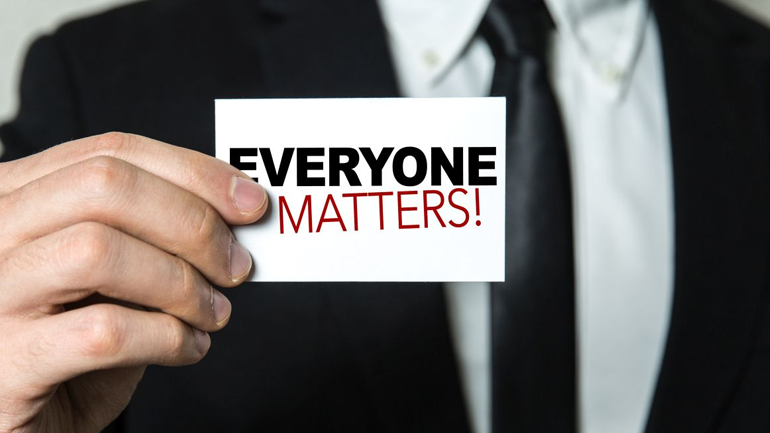 How to appreciate diversity and foster inclusiveness at workplace

It’s the responsibility of every institution to genuinely drive inclusion, create policies, processes and an overall environment uniquely suited to the diverse workforce in India

India is among the most diverse countries in the world, in terms of languages, cultures, mindsets, economic and social sections and so on, and this diversity and inclusiveness are also reflected in our workplace. Therefore, corporate offices are best described as a melting pot of people from different walks of life, where people from across the country, of different age groups, genders, sexual orientation and cultures work.

The government, organisations and the society at large are keenly aware of these differences, and see this both as a benefit and as a challenge. This awareness has led to a host of policy changes, including extension of maternity leave, Article 377 and so on.

However, mere policy does not change mindsets. It is therefore, important to understand the grip of social conditioning and how it leads to stereotyping and biases.

Webster defines stereotype as ‘a standardized mental picture that is held in common by members of a group and that represents an oversimplified opinion, prejudiced attitude, or uncritical judgment’. While stereotypes can never really represent the truth of any individual, unfortunately they do impact how we perceive those from a different culture and community. Anyone with wisdom will caution that attributing qualities to someone based on stereotypes of the community they’re from usually leads to gross lapses in judgement. Many of the smartest Indians in business are not from a community renowned for their business acumen, while many of the bravest soldier’s aren’t members of what are traditionally considered martial communities. While stereotypes may ease interaction on a superficial level, they can never be a foundation on which meaningful relationships based on merit, trust and empathy are built. So while most Indians wouldn’t be surprised that Vijender Singh won India a bronze medal for boxing in the Olympics and that Viswanathan Anand is uniquely gifted in chess, it important to know that using generic stereotypes to define communities does not create an accurate portrait of people.

Coming to gender stereotypes, The traditional gender roles, that claim men as the primary bread winner, and women as the primary care giver, often come in the way of women continuing with their careers and reaching leadership positions. The gender gap, in employment and pay continues to be stark. The traditional understanding of certain roles being only suitable for men, for example sales and manufacturing, leads to women being underrepresented in these functions. “Women” fighting “Dangal” gets a movie, Mary Kom being a “mother of two” tops being a boxer, “Women in science” gets a special day. A man being a nurse, or two men holding hands in a park still gets raised eyebrows and smirks.

While stereotyping might make great points for stand-up comedians and WhatsApp jokes, relying on “insights” from stereotypes to make judgments on employment, careers, promotions, increments can lead to gross consequences…. For the manager making the decision, for the employee, for the organisation and the society at large.

While removing Article 377 was a good decision, as was the decision to extend maternity leave, has it truly made a difference to the people it was supposed to help?

The LGBT community despite the change in law may still feel persecuted by society. Just because a law has been removed, doesn’t mean that prejudice in people’s hearts has been removed at the stroke of a pen. Many employed pregnant women may still suffer from insecurity of employment, unpaid work despite a law favourable to them.

While organisations have claimed that they are welcoming to all for hiring, there will be no tangible change unless we address mindsets. Have we truly stopped that wink-wink-nod-nod sniggering or shaming across the board? Do we even understand the issues this set of individuals face? Are our medical and insurance policies covering same sex couples? Are we providing for soft landing for returning mothers?

There’s a lot to ponder!

A need for dialogue of inclusiveness

So how do you create an inclusive workplace, where every one feels included not just in letter, but in spirit — where every one feels enabled, and gets equal opportunity to shine and grow. It’s therefore, the responsibility of every institution in India to genuinely drive inclusion, create policies, processes and an overall environment uniquely suited to the diverse workforce in India.

It needs to start from the top, the moment leadership speaks about it, the entire system responds. Second, the policies need to acknowledge and proactively build in solutions to bias. For example, adoption for same sex couples needs a treatment similar to maternity, it cannot be met with ‘speak to HR / your boss/ anyone but me’. The implications of this ranges from leave policy to performance policy to medical… it needs a comprehensive view on what’s written and what’s not been written. Once done, have KRAs, measures, reviews to force the needle. Lastly, celebrate, acknowledge and speak about differences. These will re-shape mindsets and dispel biases that have long shaped us.

This is the only way we will move beyond superficial changes and truly make for a more inclusive workplace and society.

(Sonica Aron is Founder and Managing Partner at Marching Sheep)