Is there a difference in productivity of men and women? 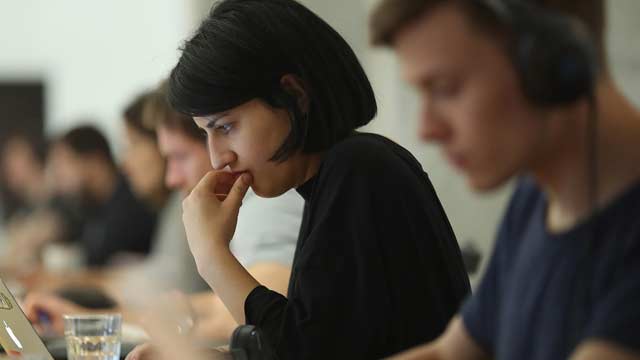 Is there a difference in productivity of men and women?

With the focus on gender equality on an increase, a lot of work is being done by various organisations in spreading awareness and sensitisation. There is effort across agencies, from Government policies, to organisations, to educational institutions…where efforts are being driven to promote gender equality at the workplace.

However, the journey is far from over. While there are positive steps in the right direction, there are areas where the gap still exists.

One reason behind these gaps is the perception that women tend to be less productive than men and they might leave corporate careers as they proceed through personal life stages. Let’s look at whether these perceptions are fact based.

In a recent study, it has been proven that at work women are 10 per cent more productive than men due to which women are automatically assigned more work. This extra work is not necessarily helpful to a woman’s carrier though; the 10 per cent more tasks assigned to women are non-promotable tasks which are just beneficial to the organisation.

The point to take away here is women can handle more work and do it flawlessly without necessarily looking for or receiving any personal gain.

The reason for this ability in women can be due to multiple reasons.

♦ The inclination to multitask. Given that most women might want to use their office hours more productively so that their familial obligations are not compromised, their ability to multitask, take fewer breaks at work helps them achieve more work.

♦ The need to constantly prove themselves—the fact that women going through different life stages- marriage, maternity, taking care of elderly parents etc, they feel obligated to prove that their personal obligations are not coming in the way of their professionalism. Hence, they would be more willing to stretch, take work home, take more responsibilities.

♦ Battling gender and societal norms- it is every “working woman’s” endeavour to show professional success without compromising on personal life. This makes them more determined, resourceful and resilient.

In the same study mentioned earlier, it has been proven that women end up conversing with colleagues 20 per cent more as compared to men yet they are more productive at work. This possibly leads to better working relationships that they can leverage in times of need.

With women comes another factor of domestic unpaid work. Taking care of chores at home, women do five times more unpaid work than men, and there is so mechanism to capture that in monetary terms or in contribution towards the economy.

As much as we talk about equality in today’s world, it is still a norm in many households that handling all the work from food, grocery shopping to laundry, to children’s homeworkis a woman’s job. Just like how the extra ten percent tasks at work don’t benefit a woman’s career, home chores don’t either, yet they do it without a thought and give it due priority.

The fact that women are just as productive if not more as men of their stature despite the various gender norms, glass ceiling and societal obstacles is itself a testimony of their capability and productivity.

(The writer is a managing partner, Marching Sheep)