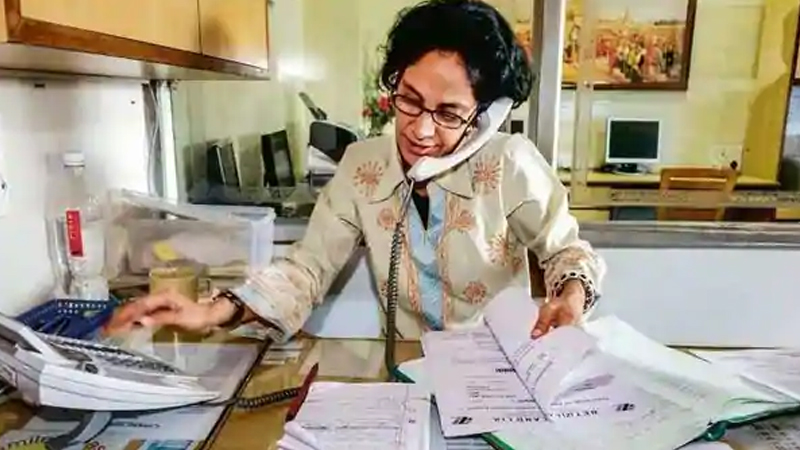 Due to long hours of working from home, people are keeping tabs on their screen time

MUMBAI : When Mili Vijay, 39, is done with her day’s work, she updates her status on Skype and Microsoft Teams to ‘offline’ to ensure that colleagues in the US or elsewhere don’t ping her. “It’s my way of creating boundaries and taking care of my work-life balance,” says the director of a centralized monitoring services at IQVIA.

Due to long hours of working from home, professionals are consciously keeping tabs on screen time and observing digital detox routines to put a limit on the hours.

At the end of April, Mital Dubal, 32, took her first off day in over six weeks but found it difficult to enjoy the break.

“I felt guilty that I was not being productive, so I decided to make the effort to switch off,” says Dubal, an account director with London’s market research firm Mintel. She’s taught herself not to think of work on off days. “I make sure I don’t switch on my laptop, even to watch Netflix. I switch off notifications. If there is something urgent, the person will call.”

Vijay’s turning point came after she took five days off in April to spend time with her children who were on vacation but at home. She’d been working without a break and realized that it was unhealthy. “Initially, people were reluctant to take leave as they were worried about logging hours. Now, my colleagues and I take days off as we don’t know whether it will be safe to travel anywhere this year,” she says. “When my colleagues heard about how I spent the time with my children, it became an example for others,” she says.

Prasadh M.S., 41, chief technology officer, Xpheno, is also teaching himself not to respond to messages as soon as he hears the ping on WhatsApp. He is campaigning for no-videoconference days at work. Video calls take longer than voice calls, and there is sensory overload, he says.

He is also nudging colleagues to use email. “With WhatApp you are expected to reply promptly. When there is a slight delay, people start judging you,” he says.

Nishit Kumar, 26, who works at an e-learning startup, agrees: “I get work done much faster (without video calls).” Kumar has at least three Zoom calls per day, besides concalls.

Sonica Aron, founder & MD, Marching Sheep HR Consultancy, says teams that are motivated are crucial to business recovery. “Organizations must take proactive steps to address what employees might be experiencing,” she says.