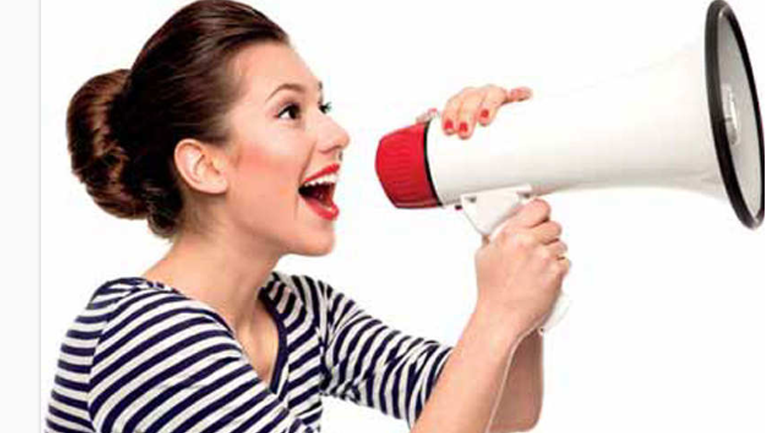 - The Times of India

Adjust!” A voice called out in the Delhi Metro. It was not a request, nor an order – just a matter-of-fact statement: “Adjust”. And just like Moses parted the Red Sea, the people parted to create space enough for her to perch. The person poured in like hot glue and stuck to her space with nary a care for whom she was elbowing, or that her hair was falling on someone’s arm or that she was literally sitting on someone’s lap. Then started a loud phone call and grating giggles over it. If you take any public transport in India, chances are this is an everyday scene for you. You don’t call it lack of manners – it just is.
It’s an Indian thing. In fact, on Quora – the modern repository of ‘Tell Me Why and How’ – there’s a slew of questions on the Indian understanding of personal space – or the lack thereof, ranging from “Why Indians don’t respect personal space?” to “Why do Indians stare?” It’s a cultural thing. Even etiquette experts agree. Image consultant and executive coach Samira Gupta doesn’t mince her words when she says the issue is not that Indians are unmindful of personal space, there is no awareness of something called “personal space”. “It is cultural along with early conditioning. We Indians are a close-knit community: grown-up children sleep in the same room as parents, married men live with their parents, anyone can pinch the cheeks of a small kid and that is considered okay,” she enumerates. From no knocking at the door before entering to expressing love or anger physically, eating together, praying together – Gupta notes that we are just too many people.

A 2018 article on National Geographic states that the term “personal space” is relatively new – but that uneasy feeling you get when someone moves too close is ancient. Neuroscientist Michael Graziano, author of the new book, The Spaces Between Us, says, “There really is such a thing as personal space. The brain computes a buffer zone around the body.” We have this ‘second skin’ hardwired into our DNA. The article says that this invisible second skin, is used primarily for protection by human beings – just as animals do when there are predators around.

THE ELBOW-BRUSH FACTOR
In Damodar Mall’s book, Supermarketwala : Secrets to Winning Consumer India, he talks of the elbow-brush factor. An excerpt from his book reads: “When it comes to queues, Indians actually feel reassured by a certain amount of crowding – even a respectable amount of personal space is abhorrent to their competitive instincts.” On his request Proact consumer research team conducted an experiment on queues of all kinds in urban India – at bus stops, train stations, airports, colleges, temples, fancy buffet counters in five-star hotels, farmhouse marriage parties and multiplexes. The findings were illuminating. “If you leave a space measuring more than your forearm — from the tip of your finger to your elbow — between you and the person just ahead of you in a queue, such a gap is just not feasible to sustain. It shall get bridged or occupied within five minutes,” he writes. They called it ‘elbow-push factor’.

It is apparently our normal. Sonica Aron, founder and managing partner of an HR consultancy, says, “Physically, each of us has a comfort level, a sort of a perimeter around us, which we do not want others to invade without permission. Non-physical personal space refers to the boundaries that you cannot breach while talking to others,” she notes. Aron says that people who are a little more effusive and demonstrative can unintentionally cross boundaries.

Corporate grooming and international etiquette expert Suneeta Sodhi Kanga says that normally Asian or Indian families are very warm, loving and close-knit. To invade someone’s personal space is deemed as friendliness. “A lot of people stand really close while speaking – whispering in your ears too. Asking personal questions on marital status, kids, weight, salary, why someone has acne, is deemed perfectly normal. Indian parents go through grown-up children’s things – cupboards, drawers, phones as a matter of birthright,” she adds. What is needed is to build a boundary.

RECLAIM YOUR SPACE
Etiquette experts say that it’s okay to push back and stake your claim to your space. Aron suggests laughingly, yet assertively, letting the other person know what s/he is doing is not working for you. “Take discouraging action. I recall a colleague who had the habit of putting his hands in my lunchbox and picking out specific veggies. Next time, I took a small spoon and bowl and asked him to serve himself first – he got the message.” With a friend, feedback works.

Gupta says carry the same mindfulness back home too, especially with grown-up children; follow personal space rules like seeking their opinion, knock at the door before entering their space. “Even husband and wife must practise these rules. As Kahlil Gibran said: ‘drink the same tea but never from the same cup’. Give space to each other,” she concludes.
— With inputs from Deebashree Mohanty

“Personal space is a luxury the urban elite enjoy” – Jane De Suza, author
Many Indian households have rooms shared by parents, grandparents, children; a bedsheet strung across for privacy, and visiting second-cousins are welcome to squeeze in a bit more. And so we take this outside, this taking everyone else’s space for granted. Personal space is a luxury that only the urban elite enjoy. We don’t discourage our children from stomping over other people’s personal space, either. We encourage them to belt out nursery rhymes in public, or run along aisles screeching… It would be nice to see us teach our children: ‘Let no one encroach on your space, while you respect theirs’.

“We are public figures, not public property” – Vidya Balan, actor
I love being in the spotlight. I enjoy the fame that comes with being an actor. But the flip side is when people forget you are a public figure, not public property. Being in the limelight doesn’t mean people have the right to comment on my dressing sense or my personality. They don’t have the right to intrude into my personal space. A picture or an autograph once in a while is fine but the way people surround you is unnerving and annoying. Lessons on respecting personal space should be taught in schools; it’s the need of the hour.

“Ask permission, and then shoot” – Taapsee Pannu, actor
Even if you are an actor and supposedly a public figure, everyone is entitled to a private life. We are all humans first. I don’t like it when people take my pictures without asking. There is nothing wrong in asking – I would happily oblige. But sneakily intruding upon someone’s private space is a strict no

What is personal space?
It is 2-fold: a) Your physical space bubble and maintaining and respecting it; b) Personal intrusions through conversation either socially or professionally.

In body language it’s called ‘Proxemics’, which comes from proximity – the nearness in space. The idea of personal space is about respecting others by not getting too close to them physically. It’s our second skin – a protective bubble around us. It is our intimate zone, which is meant only for ‘emotionally close’ family and friends.

In number terms: it’s one foot from your physical body. If any stranger encroaches this space, we feel threatened and uncomfortable. But intrusions through conversation are less strictly defined