Why does prevention of sexual harassment at the workplace remain elusive? 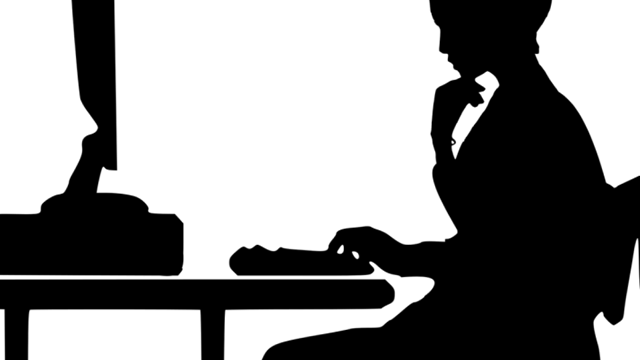 Why does prevention of sexual harassment at the workplace remain elusive?

Diversity and inclusion, and therefore overall employee experience will play a strong role in challenging times to come, once we get back to work after the lockdown and start to pickup the threads of a weakened economy.

The act- Prevention of sexual harassment at the workplace came into being in end of the year 2013. Nearly six and a half years later, the cases of harassment at workplace still remain rampant, and while most organizations have implemented the mandatory requirements under the act, like having an ICC, an external member of the ICC and once a year or more training, many cases still remain unreported, and if reported, unaddressed, and if addressed, not adequately.

Studies reveal a spike of 14% in sexual harassment cases in almost 100 BSE companies in 2019. In the year 2019, 823 cases of sexual harassment have been registered so far compared to 722 cases last year.There are also studies which reveal that nearly 70% of women choose not to report cases of harassment. Put together it is a worrying situation, and could be one of the contributors as to why women contribution in the workplace in India has dropped nearly 10% points in the last 15 years.

Let us share some recent instances we have come across-

1. At an educational institute, a senior male student sexually harassed a junior student. When the victim raised the complaint, she was instructed by the management of the institute to withdraw her complaint or else she would not be allowed to participate in the placement process.

2. In another organisation, a group of employees, both male and female, created a hostile work environment for a female colleague by spreading malicious rumours about her with sexual undertones. When she raised the complaint, the organisation refused to acknowledge this as a POSH case.

3. The Leadership of an MNC of repute questioned their HR as to why awareness sessions on POSH are required each year. They had done it once, why incur cost each year?

These are all instances that dilute the implementation of POSH in letter and in spirit.We have often muddled over this issue.

Here are some of my observations-

1. Most women hesitate in calling out the harassment because of the following reasons-

a. Fear of being seen as a trouble maker, not being taken seriously or heard. They fear the embarrassment it will cause them, their families, while action against the offender might not be taken.

b. Fear of being victimised, isolated and missing out of career and growth opportunities. Many women prefer to switch jobs rather than raise a complaint.

c. Lack of knowledge of the right channels to raise a complaint. While organisations might have implemented the act in letter, it has to be in spirit. Merely pasting a policy on the notice board willnot suffice. The ways and means of raising a complaint and redressal needs to be socialised across the organization.

d. Being discouraged by co workers/ managers/ HR/ Leadership to raise a complaint. Often cases are trivialised and “normalised”. The advise given- “it might not be intentional” or “just ignore it and move on”. What’s important to understand is that it’s not the intent, but the impact on the woman. And this sensitization needs to be created across the organisation.

e. Dragging of an investigation beyond the stipulated time as per the act or not taking any action against the offender creates a trust deficit between the woman employee who has faced harassment and the organisation.

2. Hesitation on the part of employers to bite the bullet-

a. Many organisations feel that carrying out a training will lead to an increase in cases. Well that might be the case as it will sensitize the organisation of what is appropriate and inappropriate behaviour as per the act. Doing a robust sensitization exercise will help creating awareness not only of the inappropriate behaviour, but also of the mode of redressal and guidelines of punishment. Not taking this step is like an ostrich burying it’s head in sand and hoping all will be well.

b. Lack of acceptance by an organisation to acknowledge a case of harassment. A POSH case is not always a one on one case. A scenario where a group of individuals create a hostile work environment for a woman employee with sexual undertones is also considered inappropriate behaviour under the act. A deep understanding for the organisation of what is inappropriate behaviour andopting for a zero tolerance policy will help build a culture where all employees feel safe.

c. Inadequacy in carrying out a thorough investigation, gather evidence, speak to witnesses is another hurdle. Not only does an investigation takes time, it can be discomforting for people involved. A thorough understanding by the members of the ICC on the steps to be followed, timelines for each step, confidentiality to be maintained and how to prevent victimization will address this issue.

d. Not taking appropriate action against the perpetrator. It’s possible that the accused is a senior employee, productive and good in his deliverables. And often that makes the employer to hesitate in taking the required steps. A mere warning letter or a talking to might not be enough. If we truly want a culture where every employee feels safe, we might have to take some tough calls.

The act says periodic training and creating awareness in organisations is necessary. It cannot be a one-time activity. We recommend at least once a year awareness session for ICC members as well as all employees and a mid-year refresher. Keep updating your curriculum with latest case laws and judgements.

A well designed session that participants can relate to, and frequent refreshers will help organisations build awareness, trust, and create a workplace that is compliant both in letter and in spirit. Anything short of this, POSH implementation will remain a tick mark activity, and we will continue to grapple with the issues articulated above.

While POSH is not the only thing that drives an organisation’s diversity and inclusion agenda, it is an essential part of it.