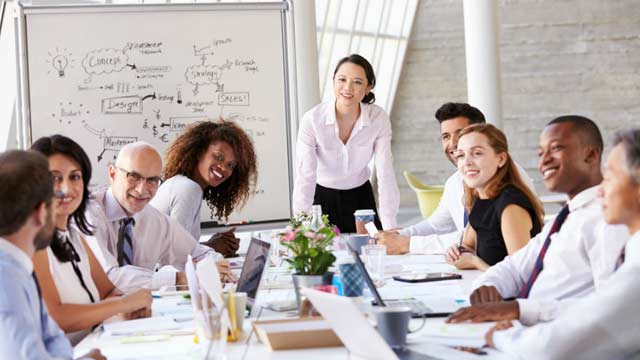 The gender-wise workforce data clearly indicates that there is much lesser participation of women in the workforce in India as compared to other developed nations.

The journey of gender equality in the workforce is an ongoing journey and it makes sense to take stock now and then to see what progress is being made, and what are the obstacles being faced.

The gender-wise workforce data clearly indicates that there is much lesser participation of women in the workforce in India as compared to other developed nations. In fact, there has been a decline in the female labour force participation in India, falling from 36.7 % in 2005 to 26 % in 2018 (as per the 2019 Deloitte Report). The trend is very worrisome and needs to be arrested if we really want to see India as a 5 trillion dollars economy by 2025.

Let’s Look at the Trend in India

India being on a path of rapid economic growth happens to be accompanied by higher educational accomplishments among women, reduced gap in education amongst men and women. These advances should lead to increased participation of women into the workforce. The global trends do indicate an upward move in the number of working women in high-income countries between 1990 and 2018, attributed to policies related to better maternity leave, subsidised childcare, infrastructure and flexibility in jobs for women. However, the trend is the opposite in India.

Reasons for the Fall

The regional and demographic differences across the country accentuate the falling participation of women in the workforce. Urban women tend to have lower participation rates than their rural counterparts. Also, married women, less educated women, and women from higher economic strata are less likely to participate in the labour market. (AsianAge, 2019)

There has been an overall decline in the jobs owing to wider economic issues in India. This is a significant structural problem for a country with a burgeoning young population. However, the fact that it is affecting women more than men needs to be looked into.

Stereotyped occupational segregation wherein most of the labour-intensive jobs like manufacturing & sales don’t tend to favour women due to stereotyped perceptions against the abilities of women in such roles.

The stigma surrounding the idea of women working appears to be still widespread. A survey on social attitudes in 2016 found that around 40-60 per cent of men and women believe that married women should not work if the husband earns reasonably well. (Independent, 2019)

Violence against women and sexual harassment is another major factor. Fear of assaults & harassment during transit to/from work as well as at workplaces is a limiting factor stopping women from seeking paid work outside their homes.

Obligatory family responsibilities like looking after the children & elderly and other households unpaid work are considered to take priority over the paid careers.

Work-Life balance- Most western countries allow for flexible work timings; work from home is common. It is just the way their culture is – work is just part of life and NOT life. In India, the longer you work, the more you are visible, more are the chances of a favourable increment or promotion. Women need to take care of domestic responsibilities too and hence tend to lose out here.

The pressure of unpaid work- Research shows that working women carry out 5 times more unpaid domestic work than their male counterparts. The sheer physical pressure can be daunting and overwhelming and leads to early exits from corporate life.

The conflict between the biological and career clock- In India, there is a “right marriageable age” and “childbearing age”. The pressure to meet these familial and societal pressures can be another cause.

Methods to Reverse the Fall

Indian organizations and the Government needs to take cognizance of the issues mentioned above and strive to strike a balance, adapt to the evolving needs to women workforce and introduce relevant changes where needed. Let’s have a quick look at the major ways to boost the number of women working in India.

Tackling the cultural reasons that result in women leaving the workforce is the most important one. Changing social norms about gender equality and women’s work is paramount, and this is where awareness programmes and affirmative action policies can help alleviate gender stereotypes.

The 2017 Maternity Benefit Act increased the paid maternity leave and has worked in a big way towards limiting the drop-out of women from work after motherhood but has also negatively impacted the recruitment of women. This act needs to be adapted in letter and spirit across all sectors and organizations.

Access to subsidised and good quality childcare in terms of crèche and pre-school facilities at/near workplace can facilitate women with small children to actively engage in the workforce.

Introduction of paternity leave that allows for new fathers to take part in child care, and enable mothers to get back to work.

Provisions of flexible work scheduling for women is another way to promote their increased participation in the workforce.

Safe Pick & Drop Facilities for work, especially for odd-hour working shifts, is being adopted by many organizations and has a tremendous effect on the growth of women workforce for such job appointments.

Sabbatical Policy- To help working women tide over periods where they have pressing family commitments, like boards exams, taking care of a sick relative and so on.

Gender equality is an important development objective. Research shows that when women work, they have greater agency and voice in all facets of social life. The under-representation of women in the workforce is both a social and economic loss. Increasing the number of women in work is important for any country’s economic growth also. A McKinsey Global study in 2015 found that India could increase its GDP by 16% by 2025, adding up to $770 billion, by simply enabling women to participate in the economy at par with men. Gender equality, therefore, is not a women’s issue, but a social, economic and business issue!

Disclaimer: The views expressed in the article above are those of the authors’ and do not necessarily represent or reflect the views of this publishing house