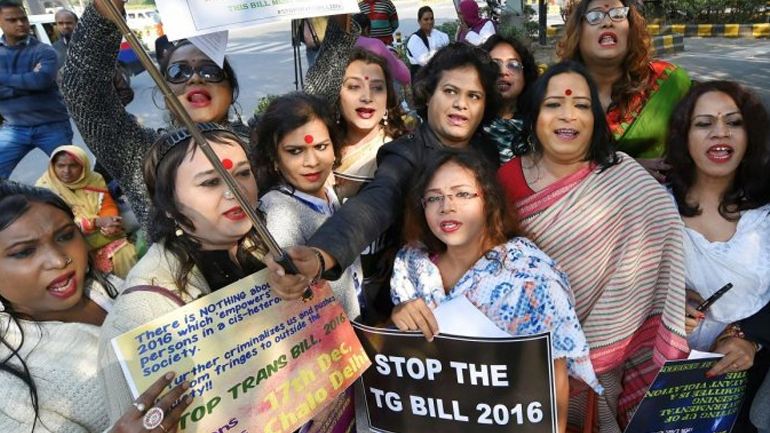 On August 5, the Lok Sabha passed the Transgender Persons (Protection of Rights) Bill 2019. This bill seeks to provide a mechanism for social, economic and educational empowerment of transgenders, and is the first legislation in India to recognise Transgenders.

The bill specifies the following offences against the trans community to be punishable (i) compelling transgender persons to do forced or bonded labour (excluding compulsory government service for public purposes); (ii) denial of use of a public place; (iii) removal from household, village or other place of residence; and (iv) physical, sexual, verbal, emotional or economic abuse.

The bill provides for economic and social empowerment of the transgender community albeit in a limited manner. It criminalizes violence against the Trans community, but has limitations. The 2016 version of the bill criminalized begging by Transgender community. This bill does away with this and has been able to recognise that begging is an intrinsic part of the culture of certain Trans communities in India. This of course, happened as a result of policy advocacy from the Transgender  and feminist community in India

However the Transgender Community is not happy with the provisions of the bill.

We at Marching Sheep have analysed the bill, and the earlier judgements and highlight the following points-

1.   The bill mandates that a transgender person will need to take a certificate from the district magistrate post a physical examination by a committee. The entire process is long drawn and tedious. Not only is it violative, it is also in contradiction of the NALSA** judgement 2014 which stated that a physiological test and self-determination would suffice to recognise the third gender. The  bill therefore leaves no scope for self-definition or affirmation of gender identity.

2.   People belonging to the trans community and who wish to identify as either a man or a woman would need to go through gender affirmation surgery, also known as sex reassignment surgery (SRS). Insisting on SRS was deemed illegal by the NALSA judgement.

3.   Transgender have largely been defined in biological terms, which plugs into the gender binary yet again. It does not recognise gender identity as fluid and  self-affirmed and the fact that all transgenders necessarily do not resort to sex change surgery to articulate their gender and sexual identities. Also, all transgenders cannot even afford it. Gender identity and its spectrum is not as straitjacketed as this bill makes it to be.

4.   While begging by Trans community is no longer criminal as per this bill, the fact that the bill covers forced/bonded labour, and the fact that begging is considered a crime by law in 22 states, makes this a grey area, and still leaves them exposed to harassment. Also, given that lack of social acceptance and resources, begging might be the only source of livelihood.

5.    The bill further states that when a parent or immediate family member is “unable to take care of a transgender”, the transgender person should be sent to a rehabilitation centre. This in itself seems strange, as being a trans person is not an illness or an addiction.

6.    Offences like compelling a transgender person to beg, denial of access to a public place, physical and sexual abuse, etc. would attract up to two years imprisonment and a fine. We feel that physical and sexual abuse of all genders should be punishable in line with the severity of the crime and not to be defined by gender. Just like we applaud Death penalty for penetrative assault of children, we would ask for stronger punishment for assault of all genders.

7.    The bill pronounces far more stringent action against violence done by “straight people” to transgenders. In case of transgender to transgender violence, the punishment is far less severe. the understanding and definition of sexual and gender based violence needs to be wider.

8.    The bill comes as an irony in the face of the new surrogacy bill, which does not recognise the reproductive rights of non-heterosexual people. The surrogacy bill does not give same sex couple, transgenders the right to parenthood via surrogacy.

Whatever the intent of the bill, it has fallen short of fulfilling the expectations of the community and activists working with the community, and truly driving the acceptance and integration of trans persons in the society. The bill is silent on concrete steps that should be taken for-

In a nutshell, the bill does not provide for affirmative action for transgenders i.e. reservations. As a starting point, to help them get started, reservation in education and employment is a much required step. If the bill is unable to provide for this, it will fail to address attitudes, biases and lack of facilities that will deter them from accessing their rights and leading a life of dignity.
**National Legal Services Authority v. Union of India was a landmark decision by the Supreme Court of India, which declared transgender people to be a ‘third gender’, affirmed that the fundamental rights granted under the Constitution of India will be equally applicable to transgender people, and gave them the right to self-identification of their gender as male, female or third-gender. This judgement was a major step towards gender equality in India.

You can also read the article here: https://www.linkedin.com/pulse/transgender-bill-missing-pieces-sonica-aron/