Call: +91 9811048406
Twitter ProfileFacebook ProfileYoutube ProfileInstagram ProfileLinkedIn Profile
HomeWe are all a little biased, even if we don’t know it! 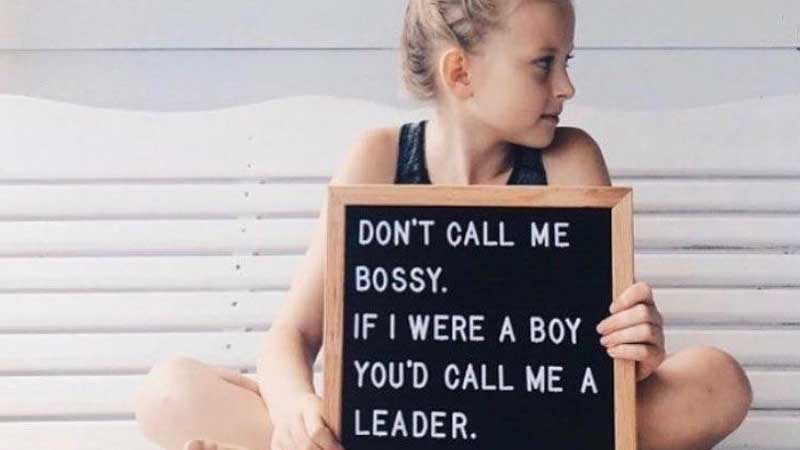 We are all a little biased, even if we don’t know it!

When you type CEO, CFO or CTO in your textbox on your iPhone, notice what comes up. It is an emoji of a man in a suit. Even seemingly innocuous things as an emoji can reinforce these gendered stereotypes and biases and demonstrate the structural sexism inherent in our society. However, most of us won’t even notice these subtle stereotypes in these emojis unless we are looking for one that represents us.

Bias is an illogical preference or prejudice. It is a tendency, inclination or prejudice toward or against something or someone. Some biases are positive and helpful – like choosing to only eat foods that are considered healthy or staying away from someone who has knowingly caused harm. But biases are often based on stereotypes, rather than actual knowledge of an individual or circumstance.

Stereotypes are characteristics imposed upon people or group of people because of their race, nationality, age, sexual orientation or any other way in which we bucketize people. These stereotypes are so well known, that in the United States of America, an average American wouldn’t hesitate if asked to identify which racial group in their country has a reputation of excelling in basketball. And, different stereotypes may also be present within the larger groups, resulting in things like gender-based stereotypes within the same race. For instance, the women of a racial group may be viewed as attractive and the men in the same racial group may be viewed as the exact opposite.

India is a diverse country with a huge population. We have a diverse cultural mix of Age, Race/Ethnicity, Sexual Orientation, Religious/ Spiritual Beliefs, Language, Regions and Gender. Every state, and every district within the state, and every village in that district shows a diverse side of India. While all this diversity adds a different colour to our country, it also brings a different type of Social Conditioning and stereotyping. For instance, North Indians are said to be loud and Jugadu people, who live life king-size. On the other hand, people from down south are considered to be simple and homely. And again, Mumbaikars are said to be street smart and career oriented. Are all people in North India or South India or Mumbai actually like this? Or are these some stereotypes which have been built over a period of time because of our experience with a few people of these regions? When a child is born, the child does not know whether he/she is a boy or girl and a Brahmin or Khatri. But as parents, we choose a pink coloured room and accessories for a girl child and blue coloured room and accessories for a boy child. And as we grow, we often get to hear that Girls have to be pretty, soft and quiet and Boys have to smart, confident and outspoken. Girls are the homemaker and should know the household chores while Boys are the breadwinners and have good knowledge about technology, politics and sports. These thoughts, over a period of time, lead to us talking to Girls mostly about shopping, if at all while Boys talk about the world. This is how social conditioning turns into stereotypes which in turn leads to a certain biased behaviour.

Biases are dependent not just upon the situation and backgrounds but also upon the upbringing and social conditioning. We are not born with these biases and instead develop them as we grow up. And over a period of time, this social conditioning turns into our beliefs leading to the development of biases. How we’ve been brought up, where we’ve been brought up, how we’ve been socialised, our socialisation experiences, our exposure to other social identities and social groups, who our friends are/were, as well as media influences, all affect how we think and feel about certain types of people. Most biases and stereotypes, do not come from a place of bad intent. It’s just a deep seated, unconscious belief that’s been formed in our brains through years of different influences we often had no control over.