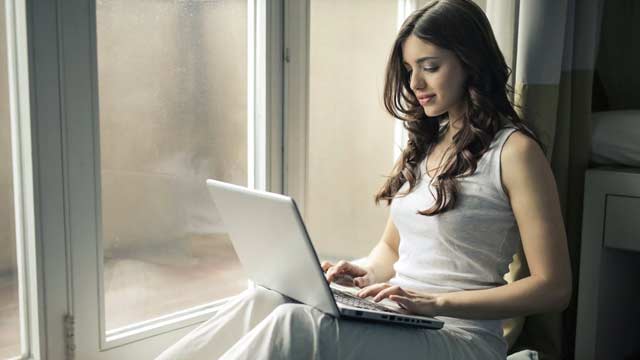 Why and How Women Undersell Their Work

It is very evident now from a lot of researches that women receive less recognition than men for equivalent accomplishments. But the big question here is why?

When looking at the issue of the gender pay gap and the lack of women in boardrooms and top levels across the globe, a common focus is the expectations and actions of women themselves.

According to a report by Hewlett Packard into their own hiring found women would apply only for jobs they felt they were 100% qualified to do, whereas men were happy to apply when they thought they could meet only 60% of the job requirements.

Under qualified men don’t think twice about it, as Sheryl Sandberg, COO of Facebook says in her book ”Lean in”.

A study from LinkedIn found women are 14% less likely to apply for a job after viewing it than were men, signaling their reluctance to go after jobs for which they may not be fully qualified.

How women self promote way less than men

The gender gap in self-promotion is notably persistent. A study conducted by researchers from Harvard Business School and the Wharton School of the University of Pennsylvania, set out to assess whether men or women were more likely to rate their own work performance positively, needless to say the results don’t come as a surprise.

Despite the fact that men and women performed just as well as each other on the test, women on average reported their performance as being 15 points lower on the 100-point scale than the average man.

When communicating to potential employers, women systematically provide less favorable assessments of their own past performance and potential future ability than equally performing men.

Another interesting fact is this that women find other women’s accomplishments inspiring, but avoid talking about or downplay their own.

Ways in which women fear to self promote

While publishing their accomplishments or articles women hesitate to use positive words such as  like “novel,” “unique,” “prominent,” “excellent,” and “unprecedented.”

Men on the other hand unhesitatingly put up their successes on social media platforms;they use their profiles to showcase the stories of their careers in a  more positive light.

Meanwhile, women keep it short and simple on their profiles, even to the point of underselling the accomplishments they had earned. LinkedIn said women would still include 11% less of their skills than men on their profiles.

Women consistently “diminish their talents and abilities by perpetually omitting valuable information about their core skills, and fail to acknowledge key achievements” on their resumes.

Women undersell themselves but why? There’s more to it

There is certainly some truth in this that women do undersell themselves, but the advice does often come across as blaming the victim rather than addressing the cause for the behaviour. It’s important to recognise that there are several complex issues at play – a combination of systematic imbalance and institutional gender bias, subconscious gender bias, and internalised sexism that lead to women underselling themselves.

It’s tricky for women to talk about their accomplishments and their abilities for a few different reasons. In the workplace, they tend to be judged more harshly than men for self-promoting, particularly when it’s other women who are doing the judging. (Yes, sadly, the research suggests that women are more likely than men to deem other women who advocate for themselves strongly as “unlikable.”).Combine that with good girl conditioning that tells us to never do anything that could come across as “full of ourselves.”

Women are hesitant to self-promote or talk about their achievements because they don’t want to dismiss or alienate less successful people, according to a study from employee search firm, ISR.

Instead to use the term “Self Promotion” reframe it to “Make your work visible”.

Focus on being of greater service. Instead of thinking about promoting yourself, call to mind the ways your talents and your work are of service to others. Get excited about having more impact.

Live with this idea—that your works’ visibility is important and something to be mindful. Ask yourself, “Are my accomplishments visible within my organization?”

Understand your audience- When you are determining a distribution list for your achievements make sure you’re not just blasting it to everybody you need to understand that who would actually want this information.

Call on an outside source for help- Never be hesitant to ask for help. Ask your former colleagues, bosses, to write you a recommendation on professional networking sites.

So it seems fair to say that women do need to promote their accomplishments more and in a better way. But the onus does not reside only with them. Male colleagues and organizations also need to encourage women and ensure that they do not get penalized for the self-promotion they